Calgary’s newest burger joint is Smashburger.  The restaurant officially opened on May 2nd and I was excited to try out the burgers at a blogger preview the day before.  Tom Ryan, the founder, spent time with us explaining the chain while we enjoyed the menu.

Smashburger gets its name from how the burgers are prepared – smashed on the grill.  Fresh Angus beef meatballs are pressed with a smasher between a buttered grill and wax paper.  According to Tom, this allows the burger to cook up rather than out and locks in the juices. 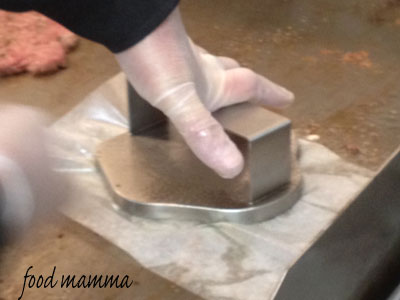 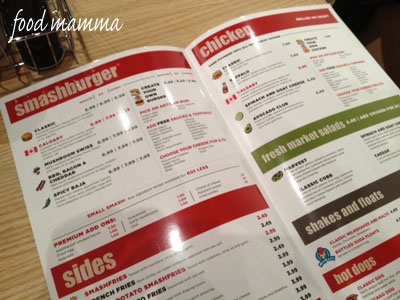 I especially loved the tea bar.  This is perfect for people like hubby or my sister who just don’t like carbonated drinks. 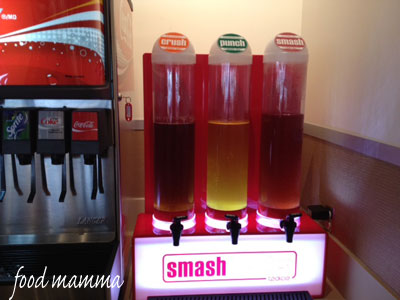 The three of us at our table ordered 3 different burgers and sides and decided to share so we could get the full variety. 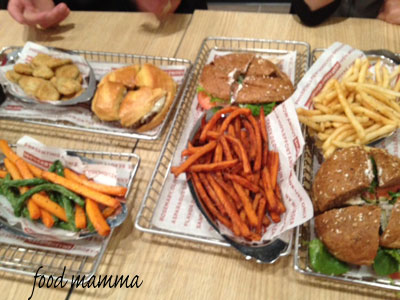 In regards to the sides, we tried the Smashfries and the Sweet Potato Smashfries, both of which were tossed with rosemary, olive oil and garlic.  I loved the sweet potato fries the best and found myself munching on these until the very end, even after I was stuffed.

Another great side were the fried pickes.  I have seen these on numerous menus and finally decided to give these a try.  The salty discs of pickles that were breaded and fried were really tasty.  Being a pickle fan, I know Q will really enjoy these! 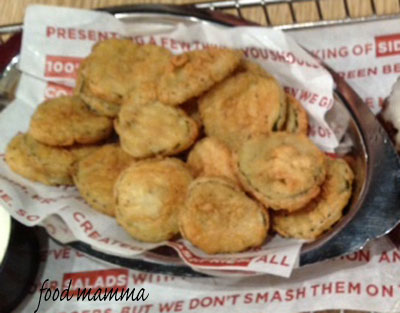 We also had the veggie frites, sticks of carrots and beans that were flash fried. A great alternative for those avoiding carbs. 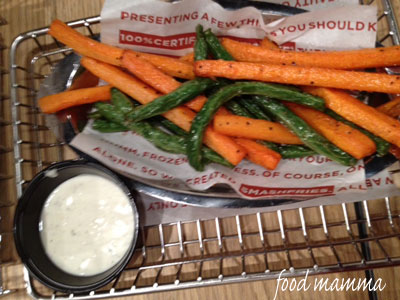 The first burger I tried was the Mushroom Swiss.  I think this was one of my favourites.  The patty itself was really moist! The burger was topped with garlic sauteed mushrooms, swiss cheese and mayo and was served on an egg bun. 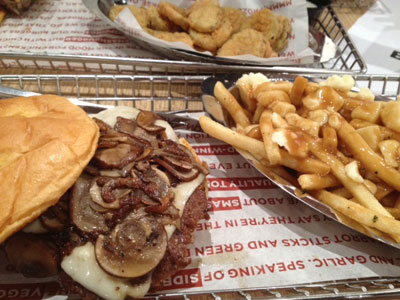 We also ordered a spinach and goat cheese burger which was originally meant for chicken but we ordered it with beef.  This was a messy one but really good!  It had goat cheese, cucumbers, spinach, tomato, onion and a balsamic vinaigrette and was sandwiched between a multi-grain bun.  The tangy goat cheese was quite prominent, so if you’re not a fan, this is not the burger to order.

The chicken burger we tried was the avocado club, minus the bacon.  Creamy avocado in any sandwich is always a hit.  I was surprised by how moist the chicken was!

If you’re not a burger fan, Smashburger also has salads.  Tom made sure that we had one at our table and we were able to see how huge they were. 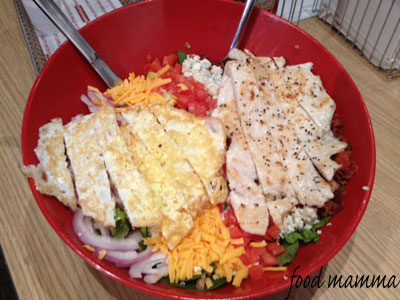 Don’t forget to try a milkshake when you’re there.  Milkshakes are made with local MacKay’s ice cream.  We sampled both the Vanilla and Saskatoon Berry but Vanilla was easily my favourite.  It went great with all those burgers. 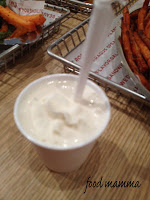 Want to try out Smashburger for yourself?  If you’re in the Calgary area, leave a comment with your email address or send me a tweet (@fareenjj) by Thursday at midnight and I will make a draw for some gift certificates on Friday.