Last month, hubby and I escaped for a few days to Las Vegas. It was a much needed break and it was so nice to escape from the real world.  On our first day there, we had dinner at Nobu in the Hard Rock Hotel. This one of our favourite meals and I just had to share it with you.

We had an early dinner since we were heading to the Jennifer Lopez concert. She is amazing by the way, and definitely a concert worth going to!

Once we were seated, we were served with edamame – always a great start to a meal. 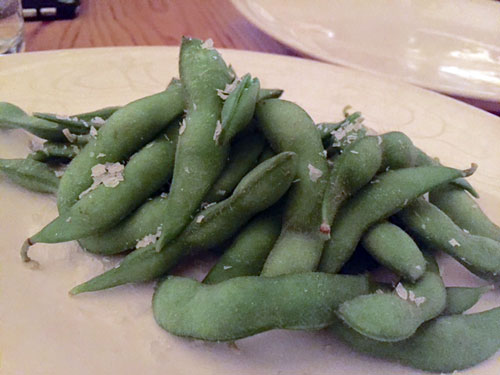 Our first course was Tai Sashimi with Dry Miso. The fish was so fresh and the addition of the citrusy Uzu oil made it so refreshing. 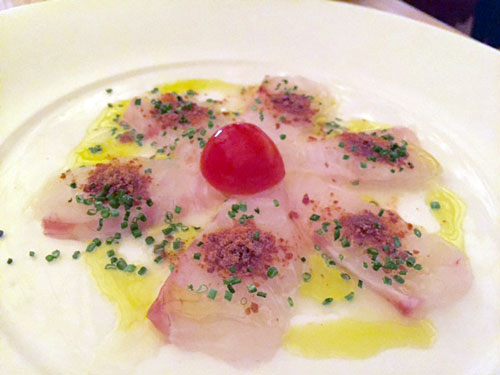 Our second course was sushi, which was so fresh. The dish consisted of two pieces of salmon with wasabi, two pieces of scallops and two pieces of tuna. It also had a yellowtail jalapeno roll. It was melt in your mouth sushi. So good! 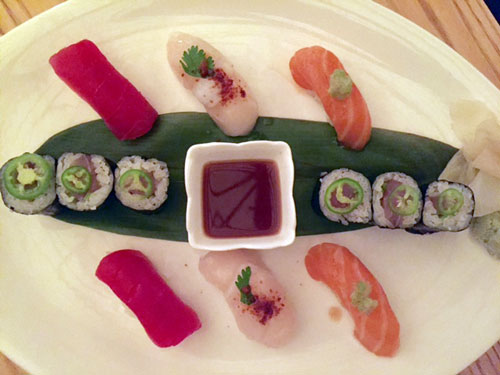 The third course was rock shrimp tempura with creamy spicy sauce. The shrimp were crispy and the sauce had a kick – it paired so well together.

Black cod with miso was our fourth dish and was so good! The fish was flaky and sweet and we were so happy we chose this for our main course. 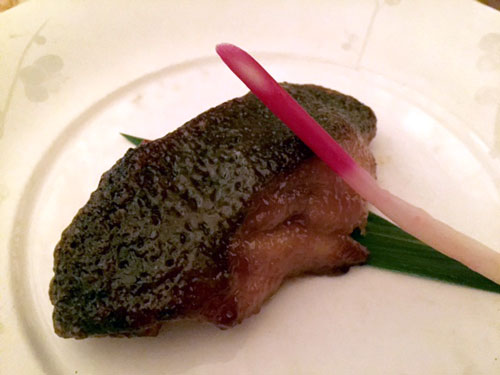 We ended our meal on a sweet note with a panna cotta. The dish was beautiful topped with a chocolate wafer. 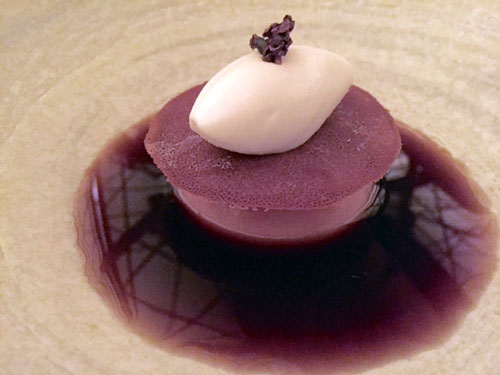 We had such a great night, we considered coming back for dinner the next night. The food was great, as was the service. Would definitely recommend an evening at Nobu!