Home » foodmamma » shrimp fried rice
Hard to believe the little one is already six and a half weeks old! He’s now in that stage where he’s smiling and cooing and it’s just so fun!
When it comes to dinners, I’ve been pretty lucky! I had made a few dishes that I froze, lasagnas, bananas bread, even taco meat which came in handy for cinqo de mayo. 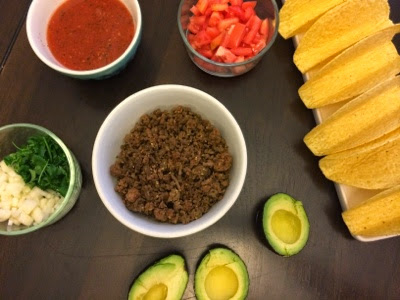 Our moms have been awesome, sending food every week, stocking my fridge leaving me one less thing to worry about.
Last week, I realized there were a few containers of steamed rice. There was only one thing to do – make fried rice!
Super easy to make, it transforms leftover steamed rice into a new meal that’s tasty and flavourful! With rice and shrimp, it became a favourite for Q. 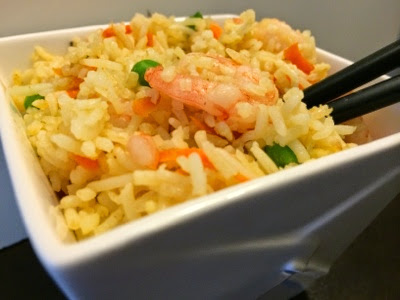