Around here, we are huge fans of tacos. Soft wraps or hard shells, we love them all. With tacos being so easy to prepare and everyone loving them, they are likely to be seen on the menu once a week.

Our new favourite way to eat tacos is in a casserole! While boiling a pound of pasta, we cook off some ground beef with taco seasoning. When both are done, we combine the two, put them in a casserole dish and cover the mixture with cheddar cheese. The dish is baked until the cheese is ooey and gooey. 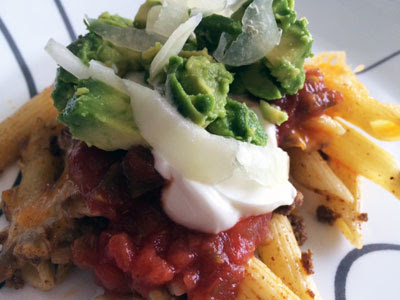 When we are ready to eat, we top the pasta with salsa, sour cream, onions, tomatoes and avocados.  It’s like eating a taco with a fork! Perfect for taco Tuesday!

In the last few weeks, Q has decided that Tuesdays are for tacos. Since they are quick and easy and loved by us all, we are happy to indulge his desire for Taco Tuesdays. A couple of weeks ago, I decided to put a spin on things – Mexican Pasta Shells. Inspired by K, my former co-worker, large pasta shells are filled with seasoned taco meat, covered in salsa and cheese. The baked dish is then topped with everything you would put in a taco. 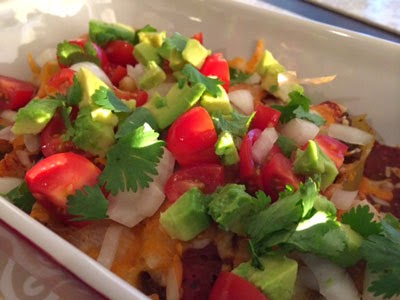 I wasn’t sure what Q’s response would be. He is sometimes finicky with pasta, usually choosing other things over it. This dish, however, was a hit! I’m always thrilled anytime he goes back for seconds of anything. 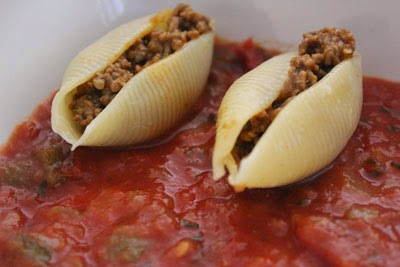 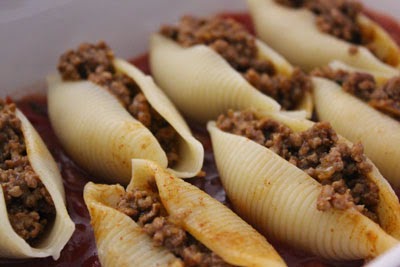 There’s not really a recipe for this per se. I use taco seasoning when browning my meat. I stuffed the cooked shells with meat and layed them in a dish on top of salsa. I put more salsa on top and then covered it with cheese. Bake in a 350 degree oven until the cheese is melted. In K’s recipe, the taco meat is mixed with cream cheese. Hubby is lactose intolerant though, so I held off on the cream cheese. His portion of shells were also not covered in cheese. 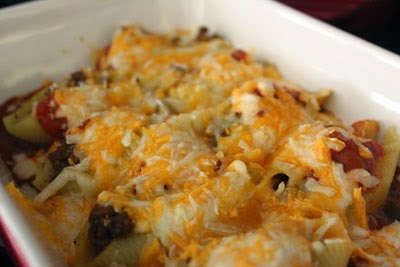 Once out of the oven, top with onions, tomatoes and avocado and serve with sour cream. An easy and filling dish that’s everyone’s favourite. 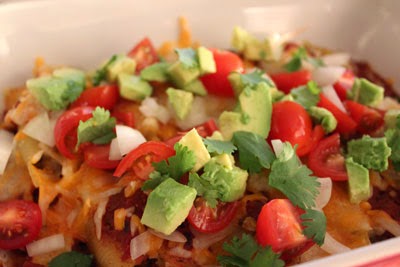