Sometimes the best food can be found in the most obscure places. This place is definitely not a secret though. I had heard so much about how great the White Elephant Thai Restaurant is and it definitely lived up to its reputation.

Located in the Pointe Inn, you would never know that this hotel held such a gem. We were advised to make reservations and we were glad we did.  The place was quite busy, even for a Tuesday.

We started with the Tom Yum Goong soup with coconut milk. Full of veggies and shrimp, it was spicy and flavourful. 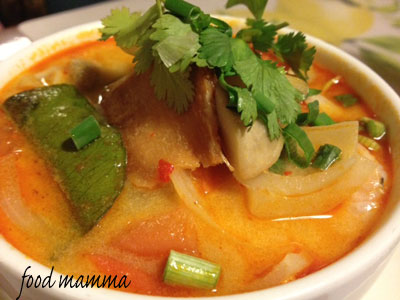 We got a few things that we thought Q would like.  The thai-spiced wings weren’t spicy but had loads of flavour. They were deep fried and had a great crunch. 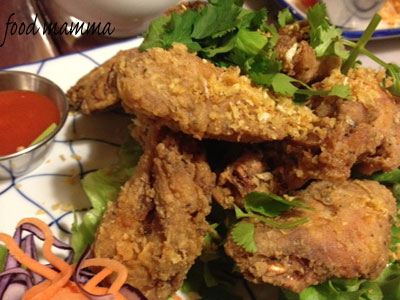 Q is also a sucker for spring rolls so we ordered some of their veggie ones. He found them a bit spicy, meaning more for mamma.  They were so tasty, I wasn’t complaining. 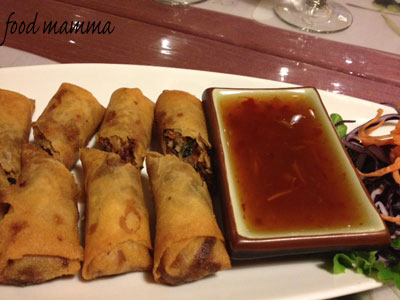 S’s cousin was with us and, being a frequent traveller to Thailand, suggested the Som-Tum – green papaya salad. Although spicy, it was a very fresh tasting salad and one we would definitely order again. 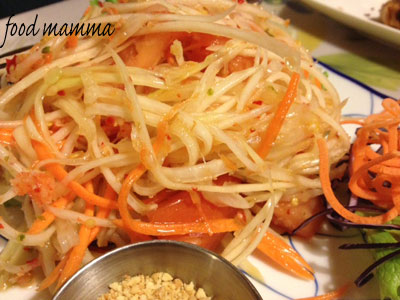 One of my favourite curries is Panang so we ordered one with chicken. It was sweet and spicy, and bursting with flavour.

We also had the red curry with beef and pineapple.  The chunks of fresh pineapple added the perfect sweetness to cut the spicy curry.  It also contained large chunks of lemongrass that flavoured the coconut milk. 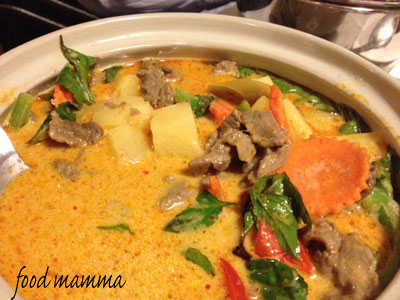 The coconut rice was pure perfection. Full of coconut goodness, it soaked up the flavourful curries.

The quantities of all the food was plentiful, more than other restaurants.  We had lots of leftovers and were able to enjoy the delicious food the next day.  It was a great meal and we ended on a high note with the coconut ice cream. 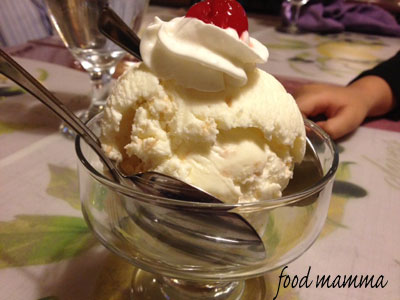 What everyone said was true, it was an amazing restaurant.  I just can’t wait until my next visit.