I have heard much about the spice sumac and came across it recently in a local middle eastern store.  The sumac spice is made from ground dried sumac berries, which are a relative of poison ivy(!). 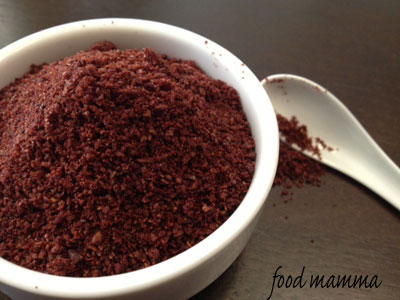 Sumac is a middle eastern spice that is burgundy in colour.  The taste of sumac is lemony and tart but more complex than a lemon.  It is used as a condiment, like salt, but also in spice rubs, dressings and marinades.  The spice is gaining in popularity.  In fact, Alton Brown named sumac his official spice of 2012. 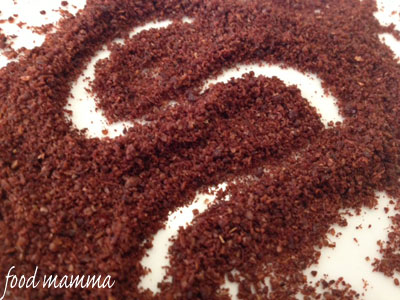 You often encounter sumac at donair shops, sprinkled over the raw onions.  It is also a great topping for hummus. 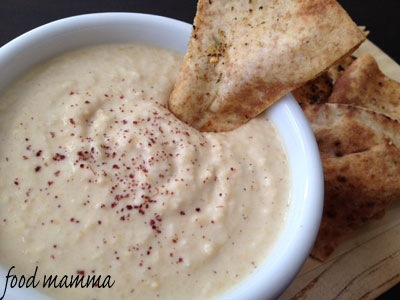 Sumac is best known for being a key ingredient in Fattoush, a middle eastern salad containing pieces of crispy pita bread. The salad is made with romaine lettuce, chunks of cucumber and tomatoes, herbs like mint and parsley and tossed together with the pita and the dressing. I used sumac in the dressing as well as sprinkled it on top.  It adds a great sweet and sour taste to a refreshing salad. 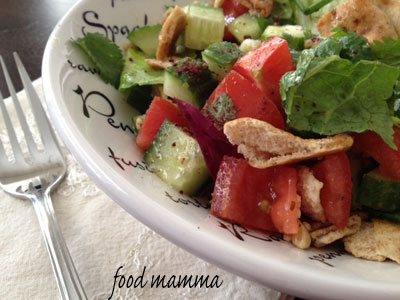 Mix the salad ingredients together. Top with as much dressing as you need and then sprinkle with some sumac. 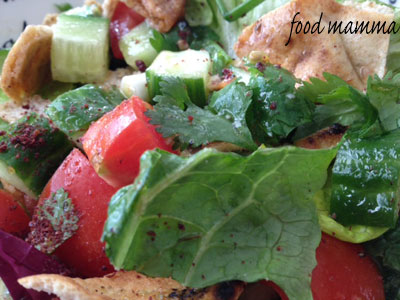